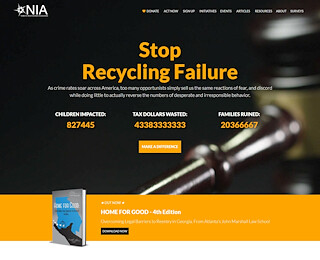 Restorative Justice and the Incarceration process Where do we draw the line?

Logic would tell us that this would have to be punished or face its corrective consequences when one did something wrong. Yet, one of the many aims of punishment is for the doer of the action to be reformed and be able to mingle again with its family or, in a broader perspective, the society. Society, in general, has placed institutions such as prisons to displace those who are deemed criminals or trouble makers. But the problem is seen with the process and system of the justice system where the individual who is incarcerated is " sucked in a vacuum" where violence is a norm to straighten one, there are limited programs that make an incarcerated individual be

prepared or for the people outside to be educated and not be caught up with the prejudice or stereotype of an imprisoned people who are on parole.

The call for Restorative Justice

There has been a clamor for a more humane and focus not on the individual but on the harm caused by that criminal behavior. The very definition of Restorative justice is an approach that stress on addressing the damage that is caused by crime this is while holding the offender responsible for their action and this also includes a unique method which consists of the parties that were directly affected by the crime (victims, offenders, and communities) to seek and address their needs in the post- crime episode. However, this method is adopted in a few countries. In the States, where it should be a progressive nation, being incarcerated would mean two things: First, being able to survive the society that placed you in a vacuum mentality and the second one is that building yourself again in the community.

It is not limited in our consciousness' that in some cases being incarcerated would not always mean that an offender was involved in some violent crime where in fact, there are tens of thousands of American who served their time for a "non-violent " crimes cannot even have access to a decent, fair housing option nor have a decent job, which these individuals would be locked up living on streets. Decent jobs for the offender:

To fit back to society, one has to have the capacity to be useful –to have a respected form of living. Most of the incarcerated individuals face this dilemma to have to cope with the demands of society, particularly in looking and sustaining work. Not all companies are ever welcoming to an individual with a record, and a few who had given them a second chance find it hard to motivate these individuals to work. Statistics would say that 14% of a formerly incarcerated individual will be less likely to miss work and, at the same time, be productive once they are motivated and show more empathy, patience, and training.

Our help is needed:

Stories and numbers can create awareness, but we need more than just understanding we need the ripples of support to get the fire of change in our judicial system. We, the National Incarceration Association, aim to end these irrational patterns with our judiciary system specifically in why and how we incarcerate. Our work entails establishing public awareness, linking Actions and resources for reform, and conducting individualized rehabilitation and family repair. Contact the National Incarceration Association 470.869.2966 or https://joinnia.com/.

They are more than numbers in prison, they are humans too.